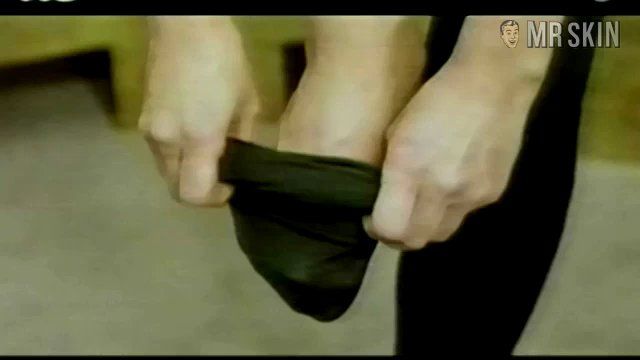 La lectrice (1989)
Nude, breasts, bush 01:17:00 Miou-Miou shows her meow-meow (and right boober) again when changing out of a wig and into some bloomers.

La Lectrice (1988) gets a little complicated, but bear with us: It’s French. Okay, Miou-Miou stars as a lovely gal who joins her lover in bed to read him La Lectrice, which is a novel about a gorgeous gal who stirs up plenty of emotions when she starts renting herself out to read to people. Then the rest of the film follows Miou-Miou as the titular reader, whose business inspires a lot more than literary interest from her happy customers--who also appear as characters in the books-within-a-book. It’s not all erotica, but Miou-Miou is soon saying oui-oui to one client’s advances. Meanwhile, Brigitte Catillon is the mom of one of Miou-Miou’s own clients, and the blurred reality includes her own saga of bisexual bliss with fellow MILF Bérangère Bonvoisin. There’s also some sexual tension between Miou-Miou and a maid who claims to have spiders in her head. Again, it’s French.