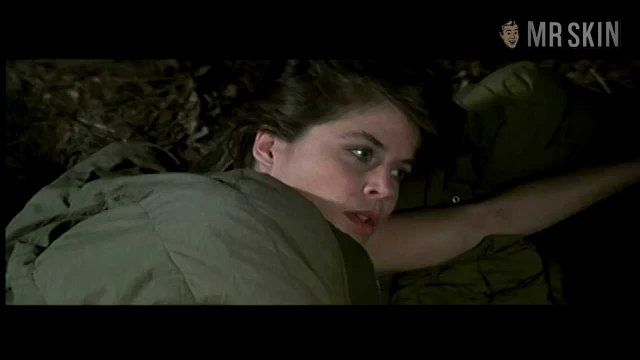 A decade after his much-maligned disco-era King Kong (1976) scaled the World Trade Center, superstar producer Dino DeLaurentis returned to Skull Island's most celebrated export for a decidedly more low-key and lighthearted sequel, King Kong Lives! (1986). It turns out that the Great Ape survived his fall from the Twin Towers and, as the movie opens, he's being treated for cardiac trouble in a medical research center. Fortunately a female gorilla of the same size is discovered in time to give Kong a transfusion. And first comes blood, then comes the giant-monkey version of marriage, and then comes . . . well, you can guess. Intercut with the primate pounding is footage of lady scientist Linda Hamilton doing a hunter dude. Either way, prepare to peel your banana.