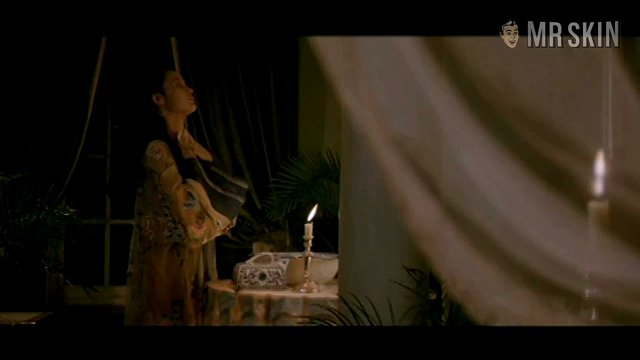 Tai-Pan (1986)
Nude, breasts 00:56:00 Gorgeous Joan pulls open her robe to sponge off her left lactoid. Will the right one be as titillating? Stay tuned!

Tai-Pan (1986) deserves a place of honor on the Mr. Skin site. It was originally a TV mini-series, but for its theatrical release much of the plot was cut out and graphic sex and violence were edited in. There's a story about the battle for control over trade in nineteenth-century Hong Kong, but it's been shredded, and who cares anyway. What's important is that Joan Chen plays the mistress May-May, and yes she may with a slipple of the nipple. Tastier still are Denise Kellogg as a naked artists' model--and she'll have audiences playing with their brushes--and Joycelyne Lew as a hooker who gets whipped raw by her john--and you'll whack yourself equally as sore checking out her scarred butt. All TV shows should be given the skin treatment.