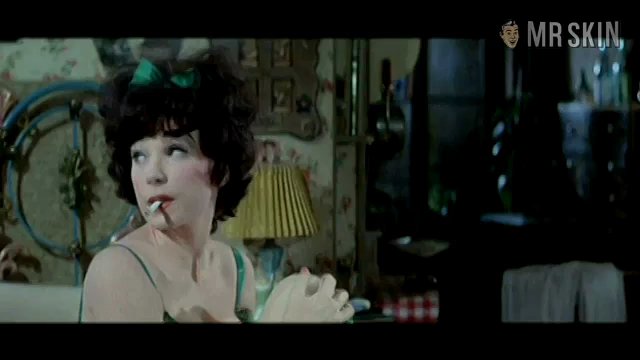 Nestor Patou, a strictly by the book police officer, gets transferred to preside over the red light district in the movie Irma la Douce (1963). When he happens upon a brothel, he organizes a raid, and in the process disrupts the old bribe system between police and pimps, and manages to catch his superior in the middle of a dirty deed. For all his work, he’s fired, and goes off to drink his sorrows away in a bar. Also in the bar is Irma, a prostitute. Nestor takes a liking to her, beats up her pimp, and starts to get jealous when other men get with her. So now he needs to figure out how to stop her from doing her job. Playing Irma is sex symbol Shirley MacLaine. She doesn’t get fully naked in the flick, but for the early 60s, she gets as close as possible. We can catch a bit of sideboob and bare back while she wears green panties in bed, and also catch some pastie action as well. Surely Shirley will give you that funny feeling!