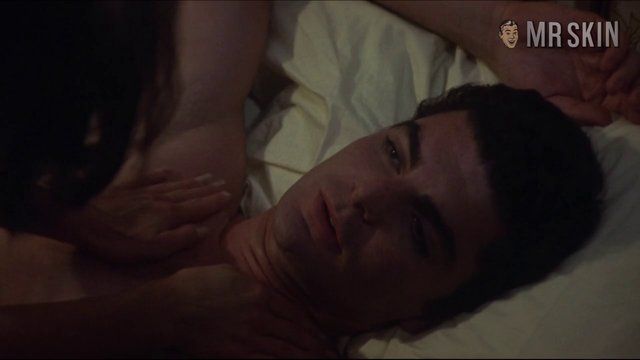 Goodbye, Columbus (1969)
Nude, breasts, butt 01:11:02 Quick look at her right niblet on top of Richard Benjamin. Then a nice ass shot as she runs into the bathroom. Not bad for a PG movie.

The romantic comedy, with dollops of drama tossed in, has been around since the pictures started moving. An excellent example of the genre as it moved into the modern age is Goodbye, Columbus (1969). Set in the littlest big town in Ohio, Goodbye, Columbus stars cerebral ectomorph Richard Benjamin and slinky brunette heart-crusher Ali MacGraw as star-crossed lovers hesitating at the crossroads of love, hesitating before being sucked forward by the fathomless unknown future and tossed out into the great, big outside world. Will the two overcome their neuroses and differences and live happily ever after? Or will Ali’s breast-revealing, body-hinting skinny dip forever remain the high point of Benjamin’s life?