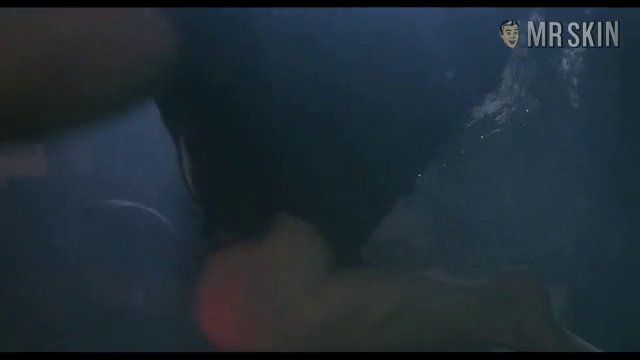 In the second part of the trilogy, Inferno (1980) recounts a music student returning to New York City from Italy. The reason he is coming back is because his sister asks him to after coming across an old Latin book about ‘The Three Mothers,’ and she thinks that she may be living in one of their houses. Unfortunately, by the time her brother comes back to the states, he has to investigate his sister’s murder. Before he heard from his sister, a similar incident happened in Italy to one of his classmates, named Sara. In the film, Sara is played by Eleonora Giorgi, and although there’s no nudity throughout the picture, Eleonora sizzles up the content a bit. There’s one scene where she’s ascending out of the water in some tight white clothing, and her nips are pretty persistent in poking through. She brings that little bit of heaven to the inferno!