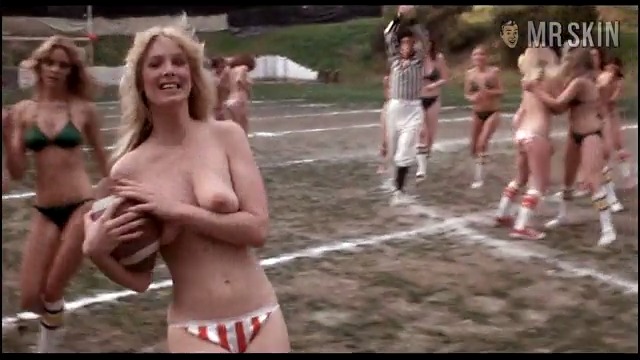 With a name like H.O.T.S. (1979), it’s got to be good. Well, it’s better. First start off with a slew of Playboy Playmates and put them in a picture with just enough plot to hang the countless bras removed during show time, and Mr. Skin shouldn’t need to emphasize the show. Two rival sororities compete like any big-breasted house would, through wet T-shirt contests, skydiving contests, and the climactic strip football game that’s sure to make a touchdown in your goalpost. Add ample skin from Angela Aames, Lindsay Bloom, Pamela Jean Bryant, Kimberly Carson, Sandy Johnson, Susan Lynn Kiger, Lisa London, and K.C. Winkler and eight is enough to have your sperm graduate from your balls!