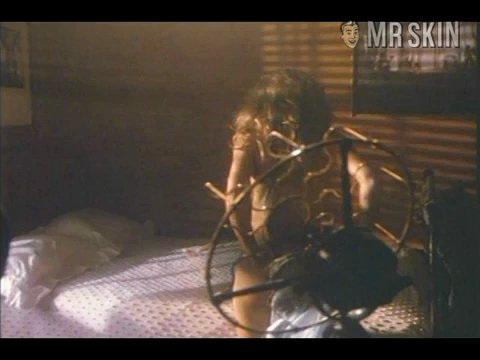 Fair Game (1985) is an action flick from Down Under, which is Australia, for it’s on the other side of the planet from where we are in the United States, which the Australians call Down Under for the same reason. But back to the movie, it stars Cassandra Delaney, who runs a wildlife sanctuary that gets into conflict with a bunch of kangaroo poachers, which will happen. She’s a pacifist, also a nudist, and the poachers photograph her sleeping naked. They also try to kill her. Stupid poachers. She fights back the only way she knows how, by showing her naked breasts. Beauty will always beat the beast. Did you know she was once the wife of John Denver. Now we know why his Rocky Mountain got so high.