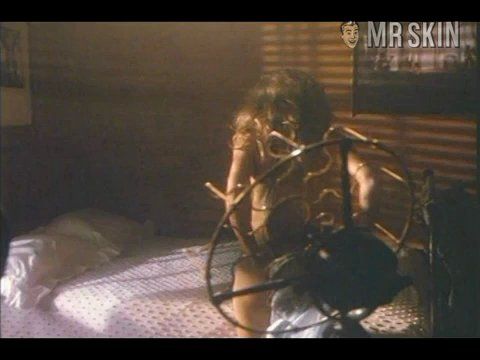 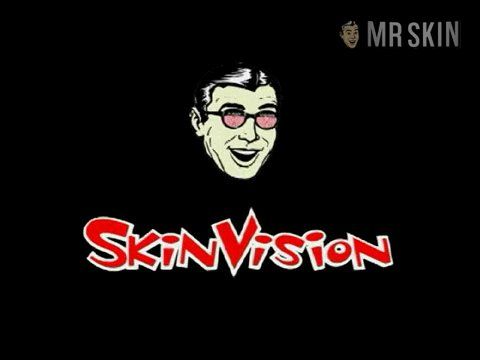 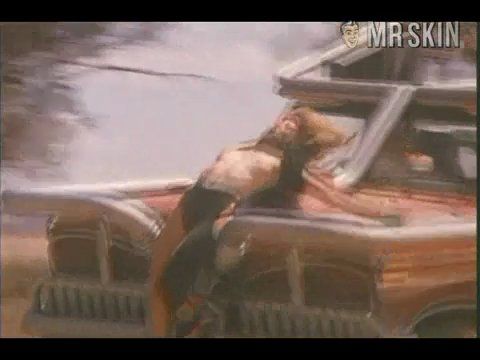 Fair Game (1985) Nude, breasts 00:46:00 Awesome shot of Cassandra's front grill as she's tied to the hood of a truck that speeds around with her shirt flying up over her head.

The former wife of expired folkie John Denver is best known for just that--her short-lived marriage to the famed singer. What many don’t realize is that Aussie-born Cassandra Delaney had a short-but-sweet film career in her mother country, which kicked off with the film One Night Stand (1984). She had a small role in Rebel (1985) and finally freed her Rocky Mountain Hi-Theres in Fair Game (1985). A later role in Hurricane Smith (1990) opposite Rocky star Carl Weathers had her stripping off her shirt yet again--and though she’s since slid into obscurity, the sight of Cassie’s bountiful boomerangs will be etched in our minds forever.