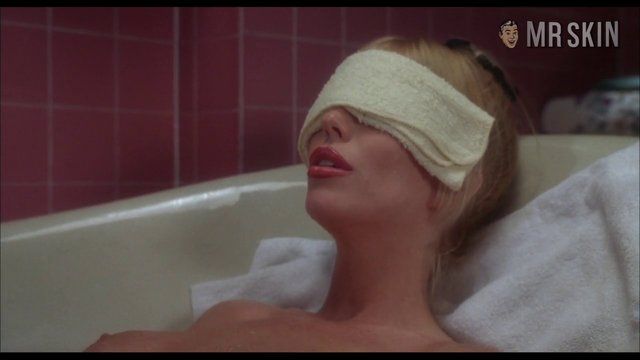 Demon Knight (1995)
Nude, breasts 00:02:00 With two ginormous floatation devices attatched to her chest, Peggy never has to worry about drowning in the bath. Getting attacked by a slimy monster? That's another story.

Hard as this premise may be to believe, the earth is not yet actually ruled by demons. If there is any basis in reality to Demon Knight (1995), then one small vial of Jesus’s blood still stands between mankind and total domination by the lords of hell. Initially, seven such Christly samples were needed to unlock the gates of perdition, but six have already been tracked down and obtained by an enterprising ghoul known as the Collector. The Collector’s accumulation of Son of God red stuff is especially impressive when you consider that this scavenging was done in the pre ebay era. Still, one more drop of the heavenly hemoglobin is required, and there will be hell to pay for the mere mortal who tries to keep the prize from the Collector’s grasp.