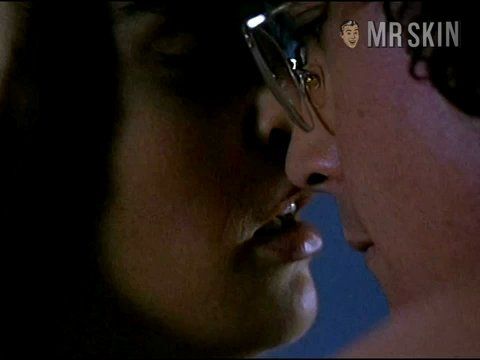 Before Teri Hatcher was Lois on TV's Lois and Clark, she landed her hot bod on The Cool Surface (1994). Here, Teri plays an aspiring actress and neighbor to playwright Robert Patrick--that's right, the "bad" terminator from Terminator 2: Judgement Day (1991)--who takes to spying on Teri. He watches her fight with an abusive boyfriend, then ride the baloney pony all night long, then fight again, then ride the... well, you get the idea. Pretty soon, Mr. Playwright begins to use that imagination to program his own dreams about Teri into his work. When she finds out about his upcoming film, Teri decides to try really hard to get the role. Rob's doing the casting, and Teri's doing the couching in this sordid skinema classic.