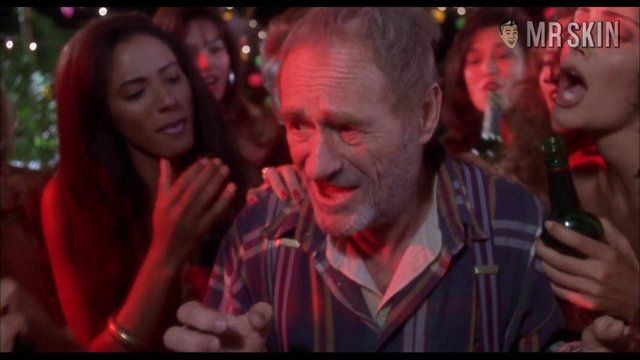 The mid-90s were a great time for Tina Hollimon. After making her screen debut as "Party Babe" in Tales From the Crypt: Demon Knight (1995) with your friend Billy Zane, it seemed like the sky was the limit. Alas, it wasn't to be, as she only appeared in two more films, Revenge of the Calendar Girls (1995) and Beach Babes 2: Cave Girl Island (1996). It's the latter film, directed by Twink film specialist David DeCouteau that brought us what was to be her only nude scene, but thankfully it's a doozy! Check out Tina's taught body as she gets pounded from behind by some guy, showing off her glistening gazongas and fully shaved front! If only Tina had stuck with it, we might have had even more material to work with, but as is, this should be enough to get your juices flowing!