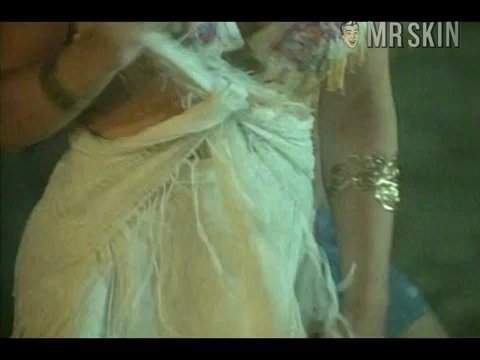 The Beach Girls (1982)
Nude, breasts 01:18:00 Brunette beach bunny Blee hulas in bikini, and then pops the top for a quick look at her buxom buoys. 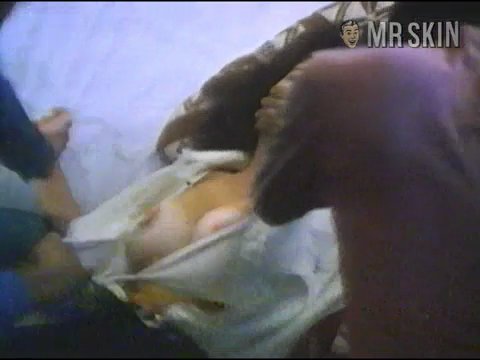 Debra Blee made her debut on the boob tube on an episode of T.J. Hooker. Sadly, this was a cop drama starring William Shatner and not the tale of a streetwalker named T.J. Debra was perhaps confused and took her talented top, very large and very real, to the big screen, where jugs are appreciated in their natural state. Her first film was The Beach Girls (1982), and it also marked the start of a beautiful skin career. In one scene, Debra undoes her bikini top and out flop her massive mams. It's a sight for sore eyes and sure to make your joint sore too, from all that yanking and wanking. She followed that spectacular performance with a skinless part in Savage Streets (1984) and a role in Sloane (1984), in which her shirt gets ripped off. It must be hard for Debra to remain in her top for long, since she again got topless in The Malibu Bikini Shop (1985). Guess she couldn't afford a bra. Ironically, in the meaty Hamburger... the Motion Picture (1986), in which lots of girls showed off their buns and much more, Debra stopped just short of skin. Then she returned to the beach that had been so good to her for one last hooray in Beach Fever (1987). After that, her sandy footprints disappear in the coming tide. We hate to think that Debra's all washed up.

1 Clip
Nude, breasts 00:17:00 Brief breastage as Debbie gets tossed down and has her shirt ripped off by two scummy guys.

1 Pic & 1 Clip
Nude, breasts 01:18:00 Brunette beach bunny Blee hulas in bikini, and then pops the top for a quick look at her buxom buoys.
Live Cams - View all