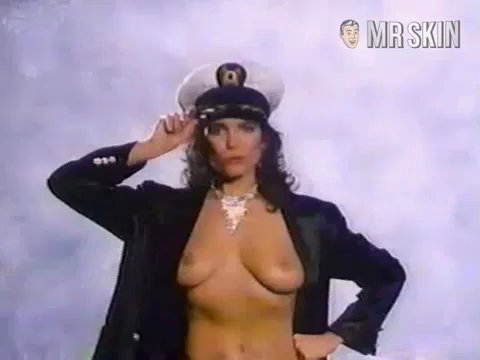 Charlotte J. Helmkamp has a great set of lungs. The brunette was a competitive swimmer as a teenager, making the Junior Olympic team as a two-time AAU state champion in Iowa. Surprisingly, with such a chest full of talent, Charlotte didn't break out onto the acting scene until several years later, when she took the skinful lead part in the straight-to-video release Posed for Murder (1989). She proved that her water-tested boobs were the real deal, as she played the part of a nude model. Thus the clever title and the even more appealing (and Charlotte does some nice peeling) nudity. She's seen in various states of undress throughout the film, so be sure to check it out. Charlotte also briefly bared her bosom in Frankenhooker (1990) as one of the prostitutes who James Lorinz hires to complete his girlfriend's body. We're guessing he took her tits.