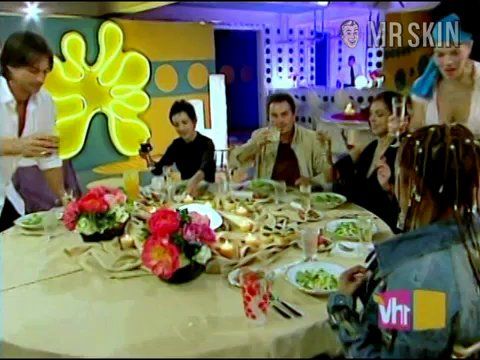 There was already a bratwurst in our briefs over the hip-hop antics of Da Brat, so it was a skinsational day when the first female rapper to ever go platinum also decided to try her hand at a film career. The former Shawntae Harris started out by playing herself in the Shaquille O’Neal genie epic Kazaam (1996). Unfortunately her first dramatic role was in the Mariah Carey bomb Glitter (2001). Things then got really real as Da Brat’s declining career landed her on the 2005 season of the VH1 reality series The Surreal Life. She spent a lot of time bickering with former Go-Go Jane Weidlin, but Da Brat turned our pants into pop stars when her bra nearly went gone-gone while showing her underwear to her housemates.

Celebrity Fit Club - as Herself