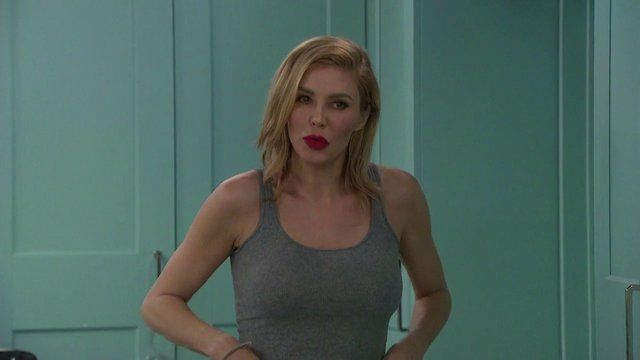 Celebrity Big Brother (2018-2019)
Nude, breasts 00:56:35 Brandi and Omarosa share a bedroom and Brandi takes off her tank top, briefly revealing her right breast, then her left from a distance, and Omarosa's right breast pops out of her robe, again! 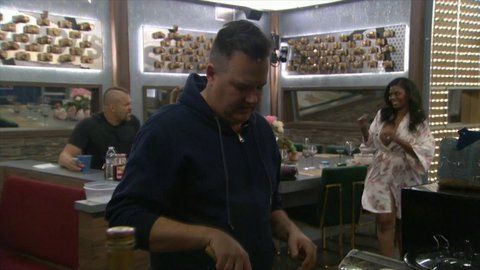 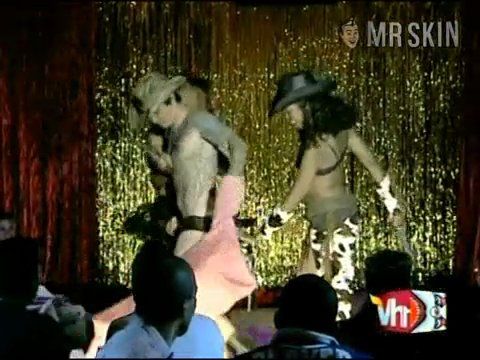 Omarosa Manigault-Stallworth is the living embodiment of Melanie Griffith’s infamous Working Girl (1988) line: “I have a head for business and a bod for sin." Omarosa started honing those overachiever skills at a young age. She flexed her brain pursuing her B.A. in broadcast journalism, while flexing those creamy cocoa limbs onstage, competing in beauty contests, including the prestigious pinnacle of pageantry, the Miss America competition. After receiving her Master’s, she worked in the Clinton/Gore White House as a political appointee. But it wasn’t until 2004 that hot mama Oma became a household name, appearing as the ball-busting babe you love to hate on the first season of The Apprentice. Donald Trump might have said, “You’re fired,” but audiences were inspired after seeing Omarosa’s lithe five-foot-ten-inch bod lurking under the surface of her stern business suits. Luckily the suits came off when she joined the cast of The Surreal Life and she donned lingerie and some sexy chaps for everyone’s viewing pleasure. Giddyap! Nowadays Omarosa’s been busy consulting, lecturing, and landing book deals, but her true talent is self-promotion. And she’s got a lot of self to promote! In 2006 she stopped by the plastic surgeon’s office to trade her god-given bite-sized Omarosebuds for a brand-new set of supercharged silicone sweater sacks. We finally got to see them in 2018 on an episode of Celebrity Big Brother when her robe popped open!

The Apprentice - as Herself

Battle of the Network Reality Stars - as Herself