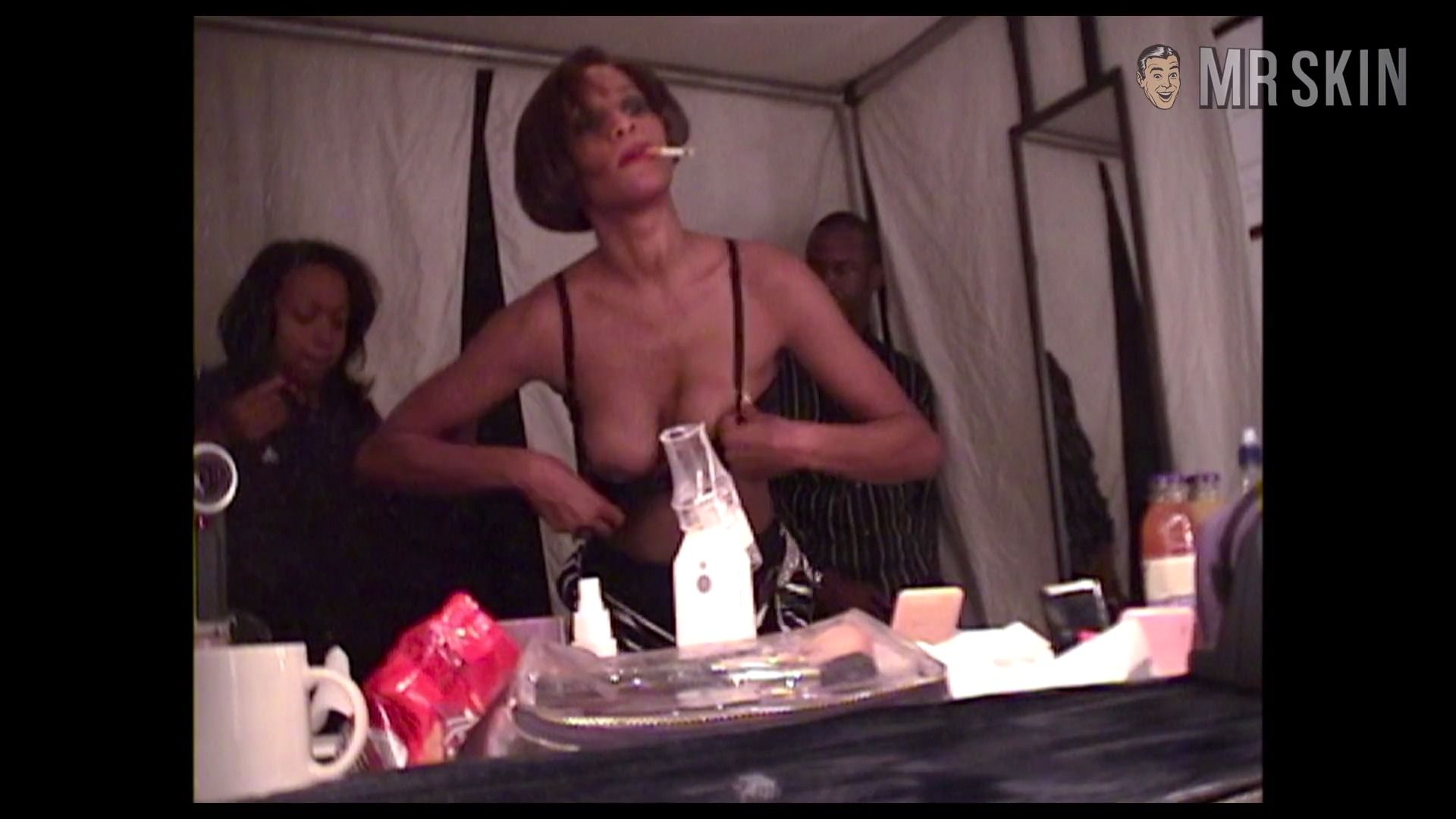 Whitney (2018)
Nude, breasts 01:15:40 A quick look at Whitney's left breast as she adjusts her bra in a mirror, slowed down thanks to the miracle of Skin Vision!

With noted gospel singer Cissy Houston as her mother and Dionne Warwick as a cousin, it was only a matter of time before Whitney Houston decided she needed to belt it out too. The five-foot-eight-inch ebony musical princess had the svelte body of a pop idol and the big breasts that made fans want to pop off! As big as her voice was, radio couldn't hold it, and Whitney went on to conquer the more visually rewarding medium of movies. Her debut opposite Kevin Costner in The Bodyguard (1992) was not only a blockbuster hit, it also spawned one of her biggest number-one hits, a remake of the equally lungful Dolly Parton's "I Will Always Love You." She then appeared in the films Waiting to Exhale (1995) and The Preacher's Wife (1996) but remained fully dressed in both. Houston, we have a problem! At the top of her game, Whitney married R&B bad boy Bobby Brown, beginning a roller coaster ride of tabloid fodder and alleged chemical dependence that led to Whitney's premature passing in 2012 at the age of 48.

1 Pic & 1 Clip
Nude, breasts 01:15:40 A quick look at Whitney's left breast as she adjusts her bra in a mirror, slowed down thanks to the miracle of Skin Vision!

Being Bobby Brown - as Herself