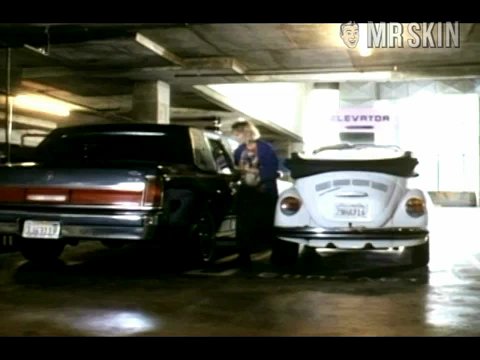 Corporate Affairs (1990)
Nude, breasts 00:10:00 She gets caught mingling juices with her man in a car. Catch a truly nice view of her left hubcap!

A nebbish do-gooder and a cutthroat businesswoman claw over one another in an effort to ascend the corporate ladder in the wacky comedy Corporate Affairs (1990). Peter Scolari and Mary Crosby play ambitious office dwellers who spend much of their time trying to nab a higher salaried job at the other’s expense. But when their boss drops dead during a high-profile deal, the rivals must work together to hide the news until the contract is inked. The plot’s pretty pat, but director Terence H. Winkless keeps the proceedings light by stocking the boardroom with busty businesswomen (Ria Coyne, Kim Gillingham, Lisa Moncure, and Jeanne Sal) who can’t wait to strip out of their stockings.