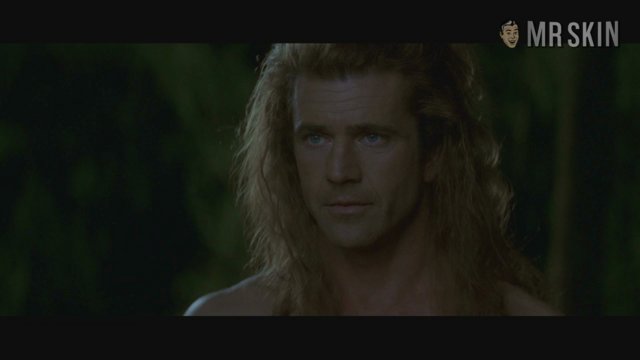 Aussie beefcake Mel Gibson directed Braveheart (1995), the account of the life of medieval Scottish patriot and big-time ass kicker William Wallace. The film begins when, as a child, the British slaughter Wallace’s father and brother, and he's taken away by his ballsy yet brainy uncle. Twenty years later, Wallace returns having mastered many languages and knowing how to use his head for more than headbutts. His childhood sweetheart, Murron (Catherine McCormack), is now all grown up and he romances her Big Willie style. Wallace just wants to tend his crops and give his lady the hot haggis injection. But when English soldiers kill Murron the day after their secret marriage, Mel becomes a lethal weapon! He unites the villagers against the English garrison and leads a revolt that soon turns into a full-fledged war on England. Wallace keeps drowning the British in their own blood until the English King (Patrick McGoohan) sends the finest piece of French pastry ever, Sophie Marceau, to barter with Wallace. Before long, Sophie's lifting Wallace's kilt and tossing his caber. He's soon caught and condemned to death, but honestly, guys, after having slept with Sophie, what else is left for a man on earth?