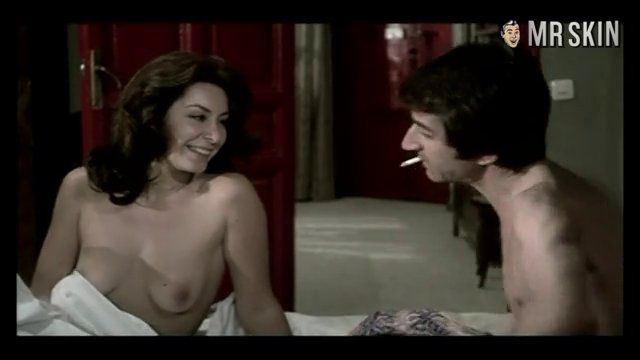 Asignatura pendiente (1977)
Nude, breasts, butt 00:40:00 The scene is so blissfully long that we are able to learn the intricacies of Fiorella's funbags and fanny through and through, as she talks, walks, and showers.

Set in the waning days of Franco’s reign, Asignatura pendiente (1977) is the feature-length directorial debut of notable Spanish director José Luis Garci. Garci infuses his stormy romantic drama with the mix of confusion and optimism that characterized the post-war era in Spain. He casts José Sacristán and Fiorella Faltoyano in the central roles of José and Elena, married protagonists who cultivated a hidden affection during the repressive Franco years. When the notorious dictator finally dies, the man and woman let their love blossom in the open, and Faltoyano quickly loses her top to pursue a long-awaited boff.