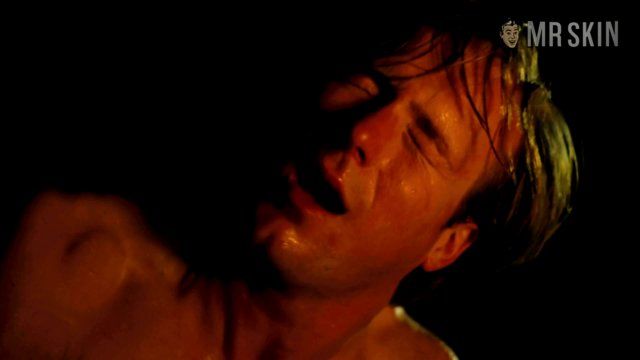 Ken Russell directs another mind blower from a long career of expanding minds. Altered States (1980) stars William Hurt as a wacky scientist who experiments with drugs and sensory deprivation to explore man's collective unconscious. That leads Hurt to regress into primitive man and run wild at the local zoo, where he munches down on raw antelope. Unearthing the unconscious source of man's desires naturally makes Hurt one horny camper, and he pitches his tent for his wife, played by Blair Brown, several times in the flick. She is seen topless in a sex scene with Hurt and gives a pleasant rear view as the film ends. Hurt even gets into the act, exposing his man-ass and even a flaccid pecker, if you go that way. Mr. Skin will have whatever he's smoking!