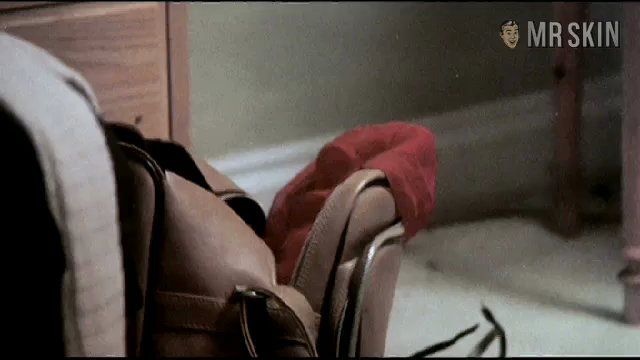 XTRO (1983)
Nude, breasts, bush 00:25:00 WIDESCREEN VERSION: d'Abo exposes her d'Orbos and bush when she and her guy get rugburn on the floor. You do NOT see bush when she stands up in this version.

The fun horror film Xtro (1983) proved to be exceptionally controversial when released in the UK--partly due to an ad campaign that goofed on the earlier success of E.T. The Extraterrestrial (1982). It’s a pretty simple tale of a husband and father who shows up after having been abducted by aliens. The only disturbing thing is that he returns when a poor woman gives birth to his full-grown body after an alien impregnation. Dad also isn’t too pleased when he gets back home to discover that his wife has settled in with a new man. Anyway, Dad’s obviously not to be trusted, and his poor kid ends up having to save the day. The boy’s got good reason to defend the earth, too, since he’s seen the beauty of his babysitter Maryam d’Abo.