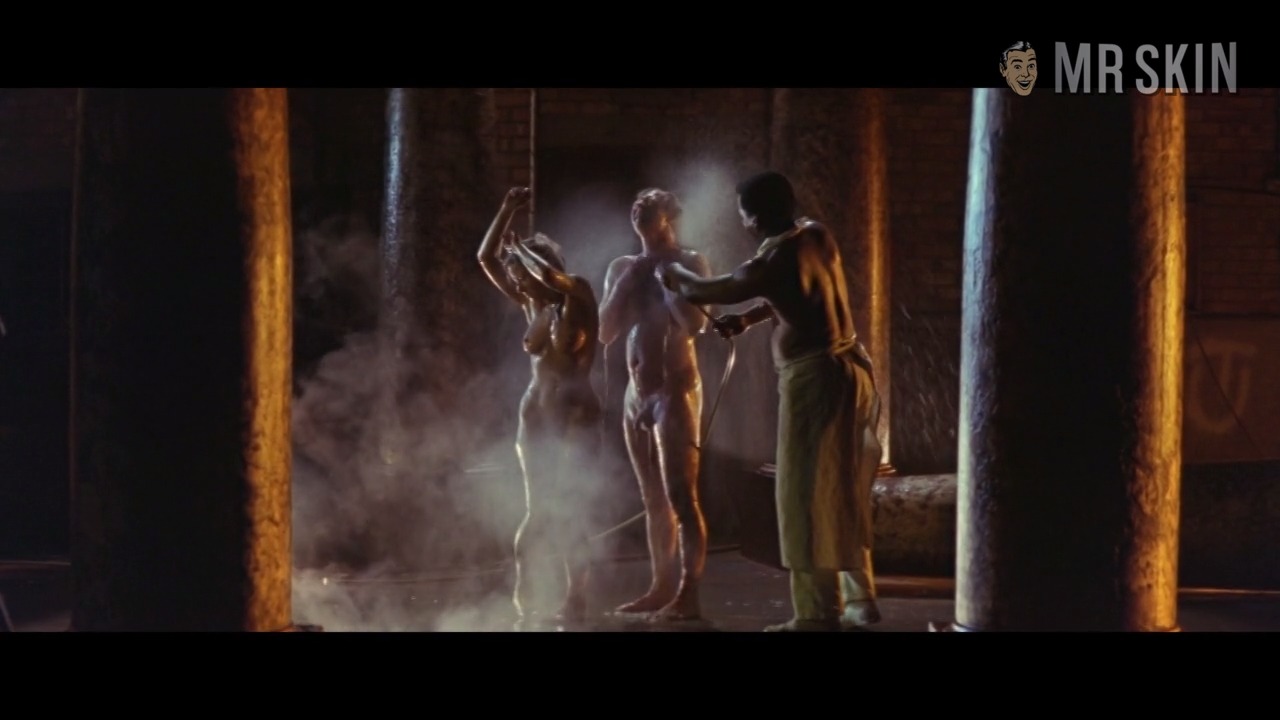 The Cook, The Thief, His Wife & Her Lover (1989)
Nude, breasts, butt, bush 01:18:50 Mamnificent Mirren serves up her own meaty treats--full frontal and plump rump roast--as she's trapped in a meat locker with her man before they get sprayed down with a hose.

A rich mobster holds a rude court each night in a restaurant, where he and his hangers-on abuse each other, the staff, and anyone else who crosses their paths, while indulging in various types of excessive behavior. You must understand that their idea of abuse goes far beyond anything you can conceive until you see the movie. The thief says anything and does anything he wants to. For example, the thief also owns the restaurant, and when he is unhappy with his staff, he has a cook stripped naked so he can piss on him and smear him with dog shit. The thief's long-suffering wife, Helen Mirren, spots a chance for an escape from her life of martyrdom. She spies a bookish intellectual who reads while he eats in an adjoining table. Not long after their eyes meet, they are wildly rutting in the ladies room, wordlessly. Their silence continues until they are introduced formally, after which they are allowed to talk to each other as part of the social ritual of the group, and they fall in love right under the thief's nose, forming their amalgamation each night in a different part of the restaurant. Helen Mirren played a good portion of the film stark naked. All body parts are seen in several scenes from all conceivable angles. There is some other nudity. A woman is seen very briefy as her toilet functions are interrupted.