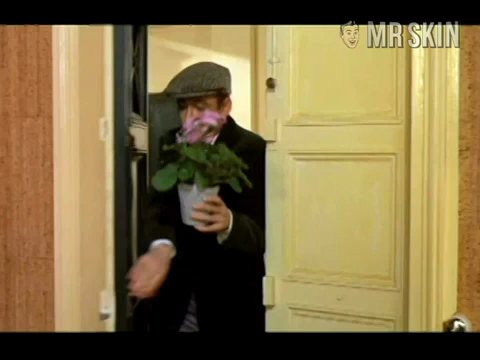 What's New, Pussycat (1965)
Nude, breasts 00:21:00 Strap on your monocle and squint, and you'll be rewarded with a view of Romy's left nerp when she exits the shower. No look at her Pussycat, though.

Being a male of immoderate attractions presents unusual problems. How’s a guy supposed to live his life and be faithful ever after to his dear and delicious fiancée when every woman between puberty and menopause who crosses his path falls madly in lust with him? Such is the cross borne by the nearly martyred hero of What’s New, Pussycat (1965). Though perceived as a comedy at the time and derided by small-minded philistines as a farce of epic proportions, this dramatic study of one man’s attempt to cope with universal feminine adulation has provided life-saving insight and valuable suggested courses of action for those of us who suffer from the cycle of unrelenting physical displays of female affection.