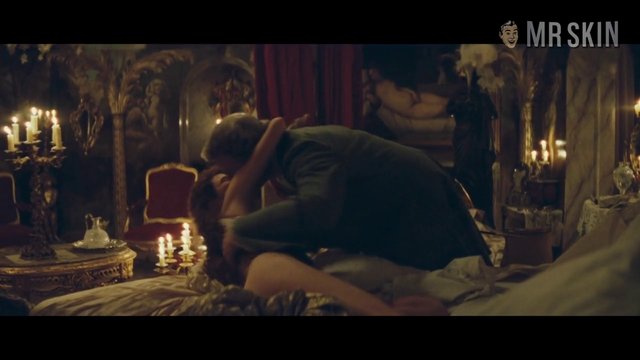 Valmont (1989) was adapted by Milos Forman, a director who understands the need for skin. It’s based on the famous novel about sexual hijinks among the nobles in France, Les Liaisons Dangereuses, a book everyone likes to update and revisit. Unlike other productions, he finds a more likable seducer and seduced, rather than the traditional caustic variety we’re more familiar with. Unlike other versions that followed, this remains true to it’s period of the 18th century, but that doesn’t make it any less skinful. It doesn’t hurt that much of that nudity comes from the incredibly hot Annette Bening, who shows off her buns and boobs. There’s Fairuza Balk, too, who has gotten naked watchers debating whether she flashes that fine ass or not. It’s a double, we believer, but it’s an ass. Why make a mountain out of a bunghole?