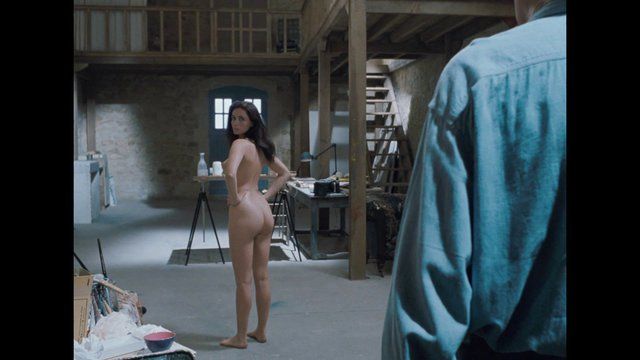 La Belle Noiseuse (1992) is a four-hour nudie loop of star Emmanuelle Beart, perhaps breast known to American audiences for her co-starring role opposite Tom Cruise in Mission: Impossible (1996). But in that movie the impossible mission was to separate her from her clothes. Mission accomplished in this French tale of a frustrated older painter and Emmanuelle as his muse and naked model. Almost the entire film takes place in the artist's studio, with Emmanuelle posing in her wonderful skin and nothing else. It's all here: the tits, the ass, and even the bush, all fodder for great art and better masturbation. Viewers can ponder the meaning of art and the process of creation, the laying bare of one's soul, but the less cerebral will enjoy the baring of Emmanuelle, because she Beart.