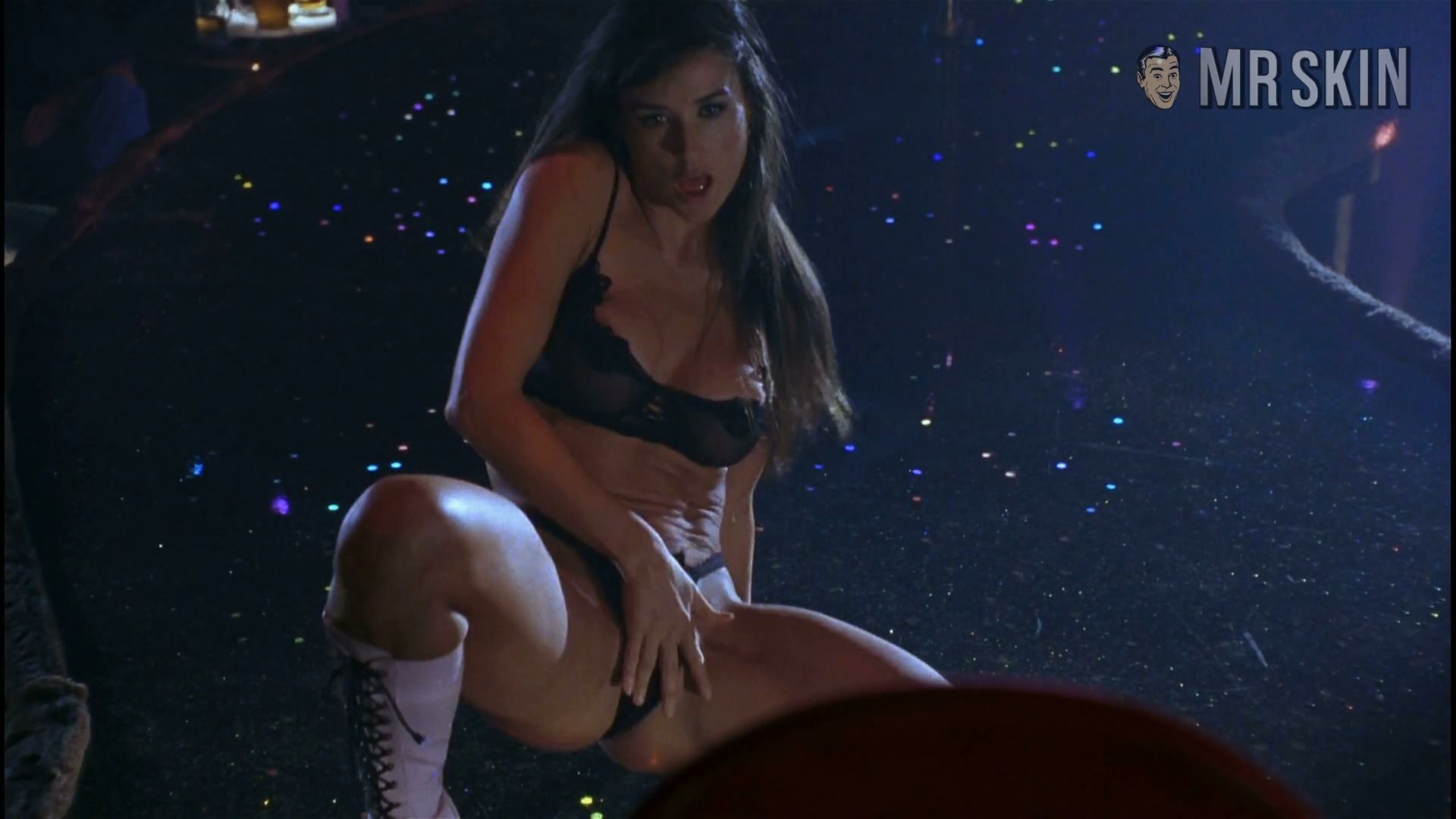 Striptease (1996)
Nude, breasts, thong 00:16:57 Demi bares her butt cheeks in a tiny thong, as well as her breasts, at first via see-through bra that quickly goes "Bye Bye" and then it's bare hootage, baby!

The bizarre film Striptease (1996) was constantly doctored on its way to the multiplexes, with the filmmakers never being sure if they were making a comedy or a drama. Demi Moore had some doctoring, too, but guys weren’t complaining once they saw her as a divorced mom who has to strip for a living. She’s trying to get back custody of her daughter and gets the chance to make a powerful friend once loony Congressman Burt Reynolds develops a fixation on her. Demi gives a fine performance, but her fine bod gets some competition from co-stars Daphne Duplaix, Pandora Peaks, Rena Riffel,  Dina Spybey, and Barbara Alyn Woods.