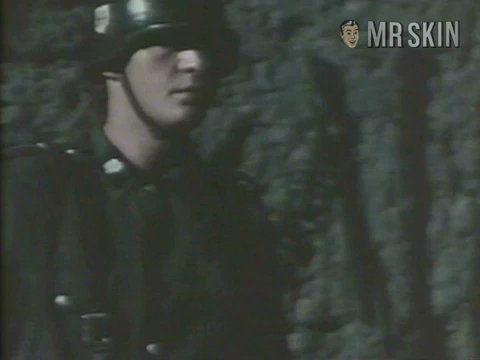 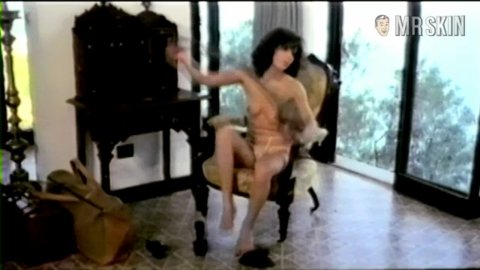 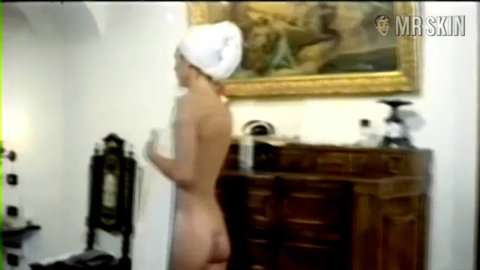 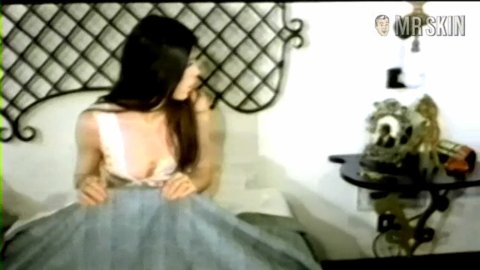 There’s a certain type of pervert who likes his women naked and in distress. That pervert is Mr. Skin, which is why Italian sexploitation star Stefania D’Amario is high on my list of lusty ladies. She first made a mark in my pants with her debut in Deported Women of the SS Special Section (1976), proving that there’s no end to the permutations on the kinky Nazi theme. That was followed by a different fetishistic expression with Sex Life in a Convent (1977) and La Sorella di Ursula (1978), her first documented skin onscreen. Stefania played the lead’s sister, and she opened the movie with a full-frontal scene. Other exploitation flicks came, most notably Zombi 2 (1979), where she played Missey, the Nurse, but by the mainstream Monsignor (1982), starring Christopher Reeves and Geneviève Bujold, she was off the screen for good, which is really too bad. Stefania has worked behind the scenes, most recently as an art department assistant in The English Patient (1996), but what a waste of her talent.

Deported Women of the SS Special Section (1976) - as Angela