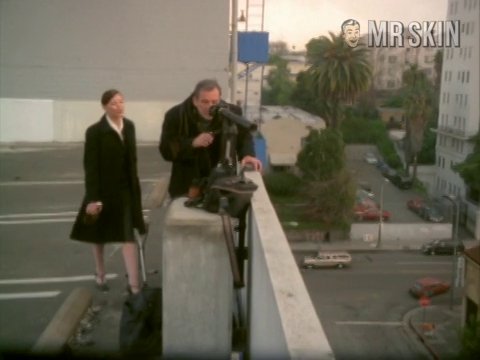 Hell hath no fury like a hot and brainy beauty who bumps her head against a glass ceiling and gets tossed out on her mouth-watering can. Dark of hair and motive, slender, splendid sexual being Kari Wuhrer stars in Spider’s Web (2001) as a savvy up-and-comer investment analyst who works well with her shirt off. Despite spending evenings in front of a computer doing research while her twins pine and pucker in the breeze, Kari makes the mistake of trying to take credit for her own idea. Rather than settle for unemployment insurance, the fired feline teams with dog-sleek Stephen Baldwin in a scheme to steal $40 million from his drear dad. Is a whiff of double-cross in the air?