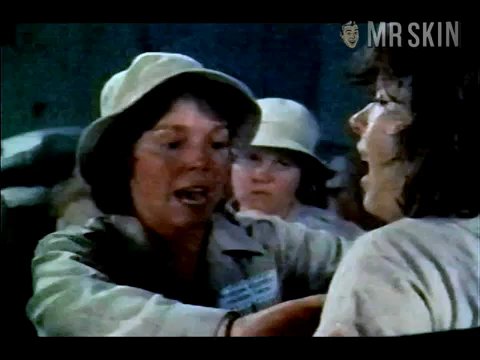 The made-for-TV movie Nightmare in Badham County (1976) tells of Lynne Moody, a black coed who makes the mistake of ignoring a dirty Southern sheriff's advances. She pays for her refusal when the sheriff jails her in a women's prison. Life in the prison is bad, that is if you're imprisoned there; if you're watching the women get brutalized and enjoy it a bit rough, well, then it's rather arousing. There's a European film version of this torrid thriller in which Lynne's blouse is torn open and her chocolate milk sacks pour out. They're not really her tits, but they’re somebody's, so why complain?