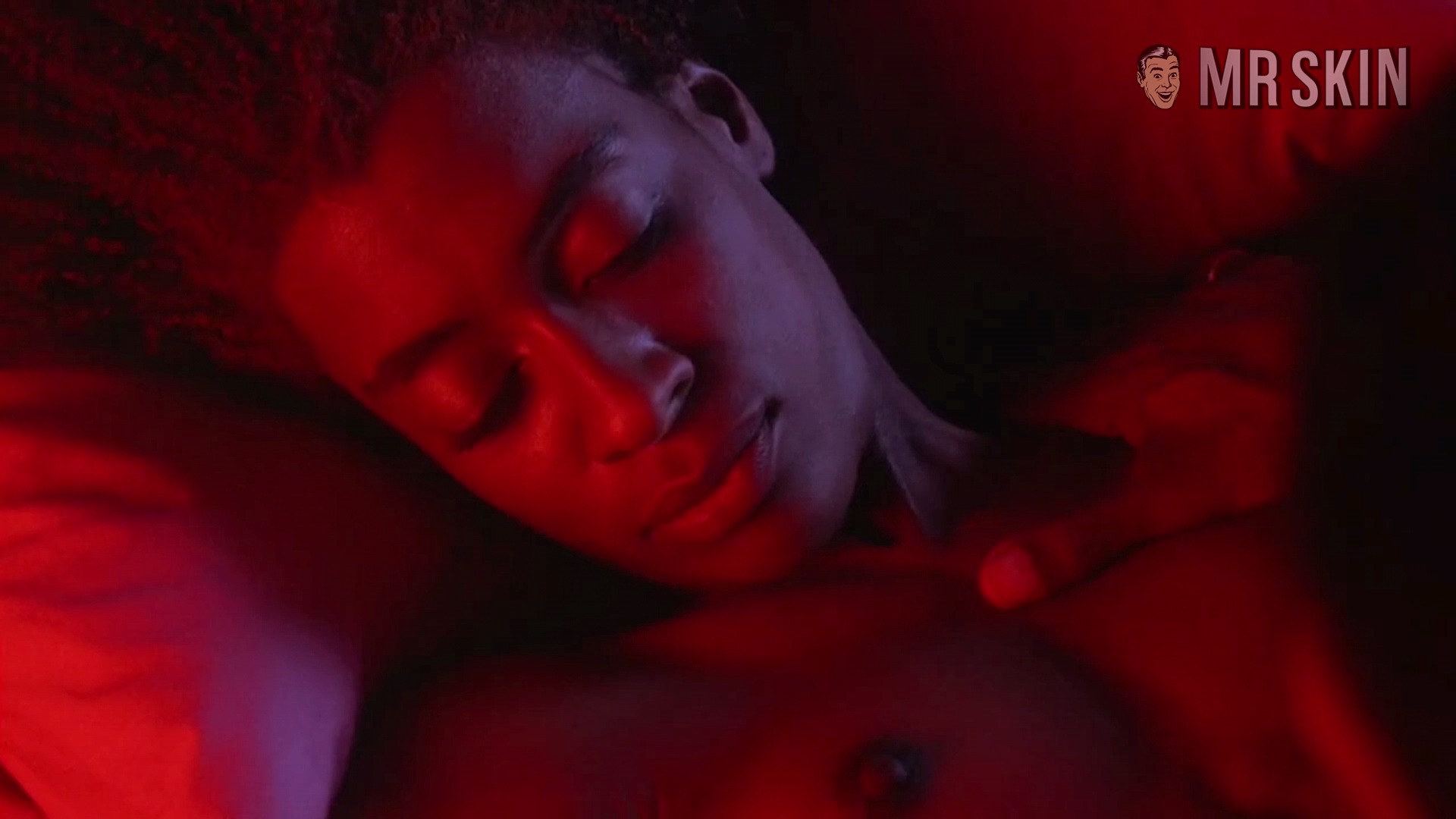 Mo’ Better Blues (1990) is an early Spike Lee joint about two rival Jazz musicians, played by Denzel Washington and Wesley Snipes. The story mostly follows Denzel’s character as he grows up learning to play trumpet, missing the fun of childhood, and eventually leading a jazz quartet. One aspect of the movie is his professional career as a musician, but another focus is his love life and the connection between the two aspects of the character. Joie Lee has a very brief nude scene with Denzel. For about a brief second we get to see the upper portion of her left nip. Then there’s Cynda Williams who gets with both guys and has respective sex scenes with each. We get to see a significant amount of her breasts spread out between three scenes, one of which she’s seen almost ruining Denzel’s career by biting his lip too hard. How could anyone be blue with these two beauties surrounding him?