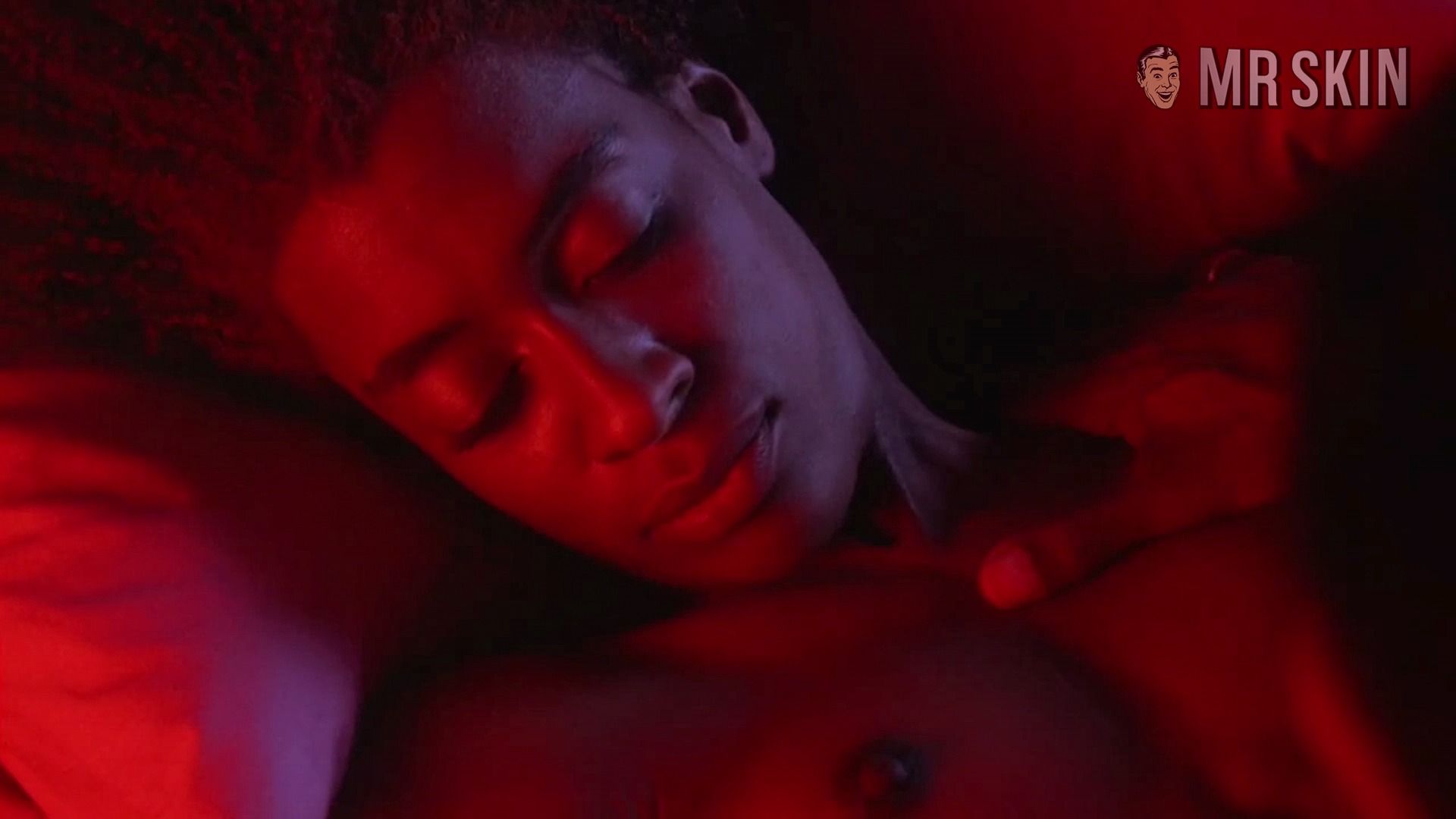 Joie Lee, the lusciously ebony skinny bitty booby, owes her career to her brother. No, not "brother" like the proud and strong African American community, but her biological brother, the wildly successful impish director Spike Lee. He has cast her in almost everything he has ever done. Joie debuted in She's Gotta Have It (1986) before appearing in School Daze (1988), Do the Right Thing (1989), Mo' Better Blues (1990), Crooklyn (1994), Get on the Bus (1996), and most recently Summer of Sam (1999). Her only nude scene to date was in Mo' Better Movies Than This One, in which you can glimpse her right breast for about a tenth of a second. I guess Spike didn't want to be caught looking at his sister's goodies. But for us it's a Joie.