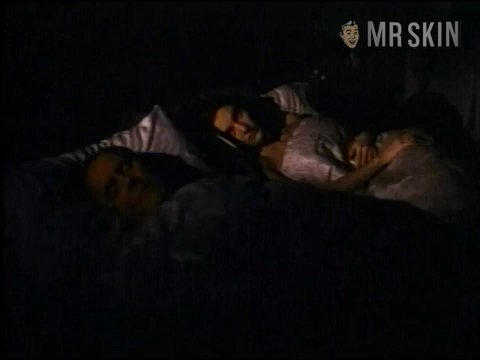 bedroom breast exposed gets out of bed

So you’re a schmuck who looks like John Lithgow, and you’re not going to be suspicious when a hottie like Mädchen Amick decides that you’re marriage material? Lithgow looks like a loser once he finds out the truth about his scheming wife in Love, Cheat & Steal (1993)--which, unfortunately for him, comes in the form of angry ex-boyfriend Eric Roberts. It seems Mädchen’s hooters lured Roberts right into the hoosegow, and now the ex-con is looking for revenge. The good news is that Madchen’s past isn’t the only thing about her that gets revealed--and you’ll want to check out Mary Fanaro's finery, too.