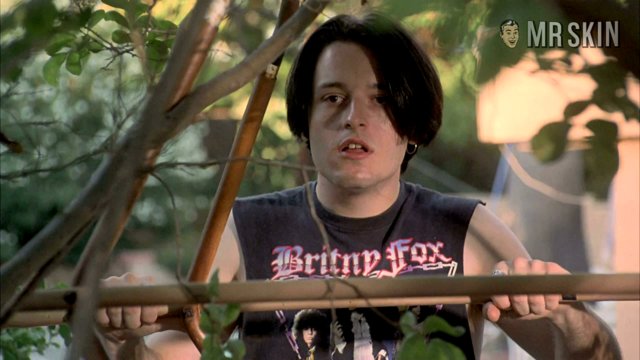 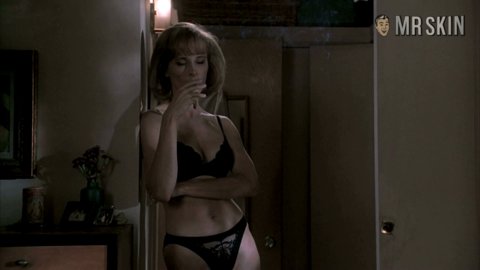 Live Nude Girls (1995) Nude, breasts, underwear 00:45:45 Olivia and Lora bump boobs during a fantasy lesbo scene, while Laila gazes on in her skivvies. 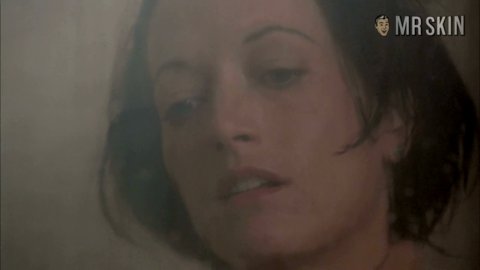 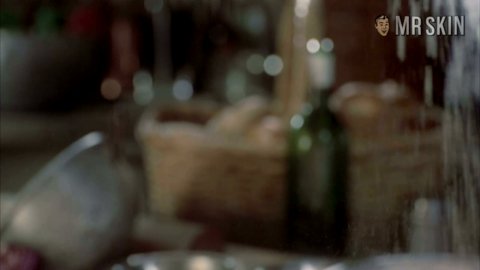 Lora Zane is a waif-like beauty with luminous eyes, dark hair, and the small sweater wings of a fairy goddess. She's breast up close and personal, which explains her work on the stage. But Lora has also graced the boob tube with some sexy guest spots on various series such as Married... with Children, Renegade, and Silk Stalkings. She made her film debut in Men Don't Leave (1990), which is an odd choice for the openly lesbian thespian--at least that's the scuttlebutt, according to various Hollywood rags. Lora is a hard one to find onscreen, but in Live Nude Girls (1995) her time onscreen will get audiences hard . . . very hard. In a movie with exceptional nudity from such sweet tarts as Olivia d'Abo and Dana Delany, Lora still managed to express her sensual self in a very tasty fashion. She explored a fantasy of flour being patted over her mini-mams, which is sure to make viewers' dough rise. Lora didn't appear in another movie until Under the Influence (2002), a sexy thriller that somehow never utilized Lora's udderly hot under-things. She's been off the radar since then, but Mr. Skin would sure love to get under her influence again sometime soon.

10 Pics & 4 Clips
Nude, breasts, underwear 00:45:45 Olivia and Lora bump boobs during a fantasy lesbo scene, while Laila gazes on in her skivvies.
Nude, breasts 00:05:18 Lora's fantasy involves her getting kneaded like a piece of dough in the kitchen. Nice sweet rolls!
Nude, breasts, butt 00:04:02 Lora's soaping up in the shower, making sure she gets her cans all squeaky clean.
Nude, breasts, butt 00:17:38 The neighbor boy imagines Kim, Cynthia, Lora, and Laila all topless at the table. Skinsational!
Live Cams - View all