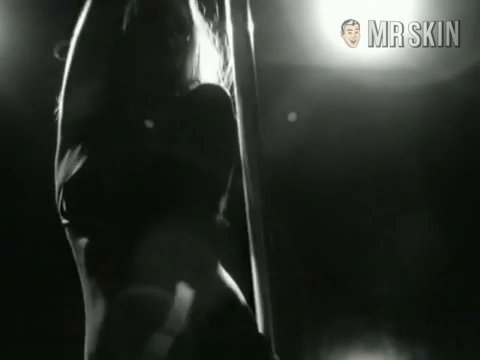 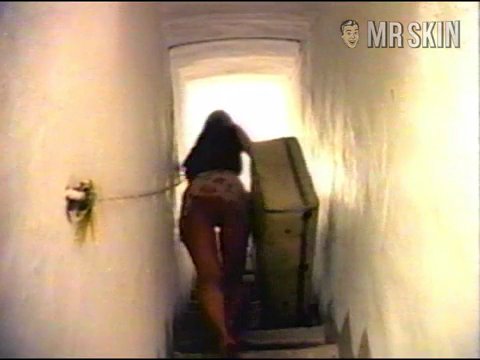 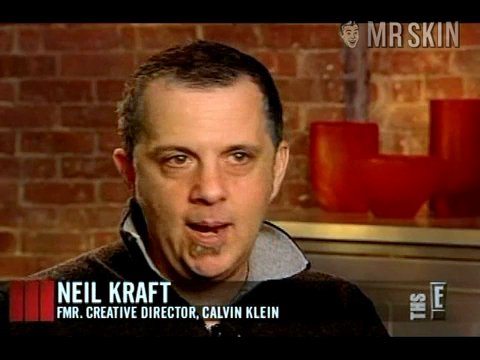 Kate Moss may have figured as the Twiggy of the '90s, but unlike that '60s icon, Kate was happy to take her clothes off at the drop of a camera flashbulb. Über-waif Kate became an instant sensation via Calvin Klein's controversial "heroin chic" print ads and crossed all borders as the first covergirl to adorn Russian Vogue. Kate has pranced in her birthday suit through any number of racy fashion spreads--with a massive furry bush appearing like an anchor, the only thing keeping the rail-thin hottie from floating off on a breeze like a leaf. But she has sadly not blessed the moving pictures with much of her assets. She did offer a quick tit slip in the British TV movie Inferno (1992), in which she shared the screen with fellow pinups Tyra Banks, Helena Christensen, and Eva Herzigova. But other than an appearance in the comedy Blackadder Back & Forth (1999), Kate has few acting credentials and less nude screen time. A rolling stone gathers no Moss, and neither, it appears, does the silver screen. Let's hope that changes soon. This slinky siren is too hot and is burning for some skinematic exposure, and there's no better way to bounce back from a cocaine scandal than stunning detractors with some big screen skin.