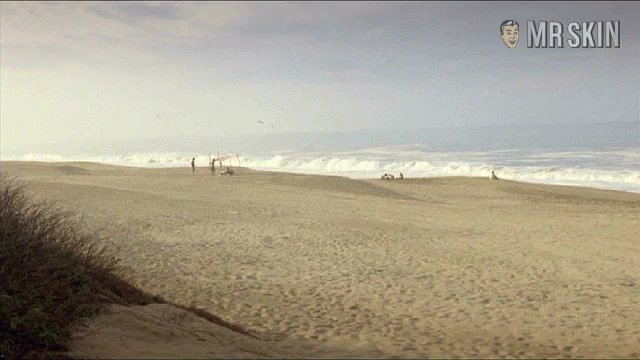 Pulchritudinous Puerto Rican Jessica Mas made her debut alongside Touched by an Angel star Roma Downey in the 2001 made-for-TV romantic comedy Second Honeymoon (2001). Five years later she returned to the small screen on shows like South Beach, El Pantera, Tiempo final, and Palabra de mujer. In 2009 we finally got to see Jessica’s mams as she got it on with Gael García Bernal in the Mexican soccer comedy Rudo y Cursi. Rudo is fine, but nudo is better.