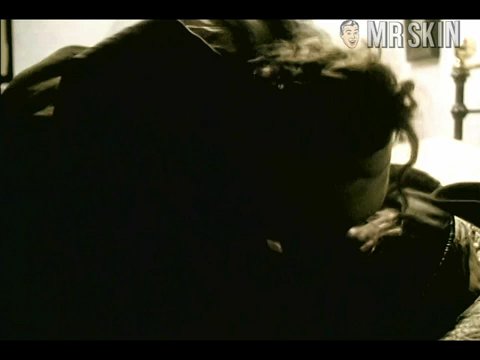 Portrait of a Marriage (1990)
Nude, breasts 00:59:00 See Janet's right McTeat as she caresses sapphic pal Cathryn Harrison in the sack. 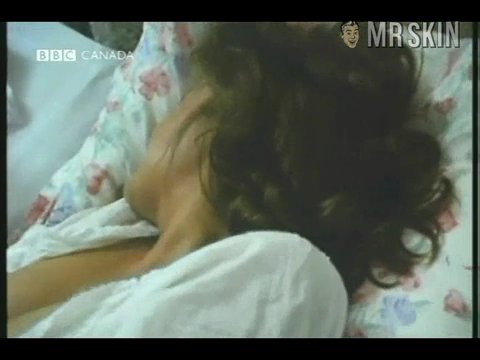 Dead Romantic (1992) Nude, breasts 01:29:00 Flashes of left breast during a rough-edged sex scene, then some right breast in the uneasy afterglow. 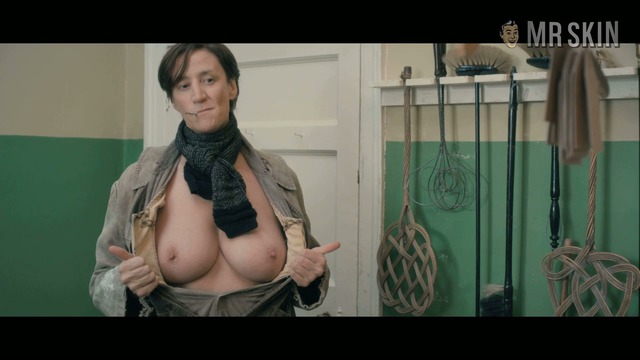 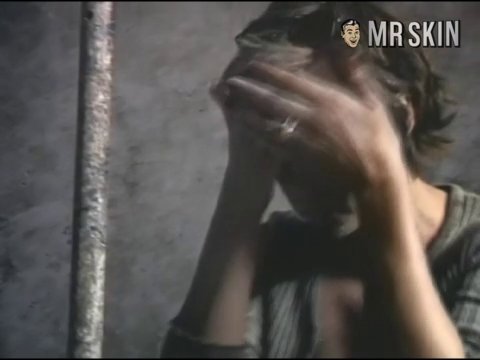 Englishwoman Janet McTeer is another fish in the seemingly endless stream of talented actresses from across the pond who have found recent critical success in Hollywood. She made her feature debut with a very small role in the Michael Caine/Sigourney Weaver flick Half Moon Street (1986). For the past fifteen years she has mostly been seen on the stages of London's West End and in her 1997 Tony award-winning role on Broadway in A Doll's House. Throughout this doll's career she has been applauded for her chameleon-like ability to become almost any role she is offered. Her lanky six-foot frame, flowing locks, and penetrating blue eyes have drawn comparisons to Meryl Streep, whom Janet herself calls her inspiration. She earned a Best Actress nomination for her role in Tumbleweeds (1999), in which she went on a cross-country trip with her daughter. The Oscar nominee has appeared nude twice, each deserving a booby prize. She showed her crumpets in the BBC presentation Portrait of a Marriage (1992) and also in Dead Romantic (1992), then she waited a decade to bust them out deliciously anew in The Intended (2002). Dammit, Janet, you're one live wire!

1 Pic & 3 Clips
Nude, breasts 00:59:00 Right rackage as she soaks in the tub, followed by her blurry form viewed through a steamed-up window.
Nude, breasts 01:36:00 Fine, floating funbags as she relaxes in the bath.
Nude, breasts 01:29:00 Flashes of left breast during a rough-edged sex scene, then some right breast in the uneasy afterglow.

Portrait of a Marriage (1990) - as Vita Sackville-West

The Governor - as Helen Hewitt