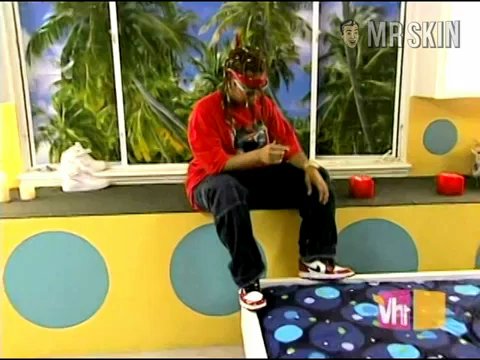 The Surreal Life (2004-2006)
Sexy, thong Jane has a heart-to-heart with Da Brat while cleaning cake off her face in a thong. You could bounce nickels off that ass!

As a founding member of the legendary ’80s all-girl band The Go-Go’s, punk rock pixie Jane Wiedlin made Mr. Skin’s pants pogo. Outside the world of music, Jane had memorable roles in the films Clue (1985) and Bill & Ted’s Excellent Adventure (1989), in which she played a silent Joan of Arc. But it was her appearance on the 2005 season of VH1’s The Surreal Life that really caught our fly. She wasn’t afraid of showing off her super toned tokus in a thong or discussing her predilection for bondage. Jane might have played guitar on “We Got the Beat,” but she’ll give you the beat off!

Album Flash - as Herself