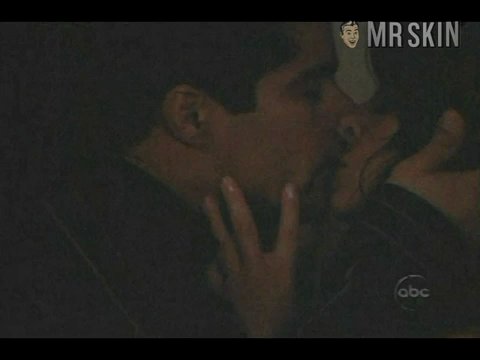 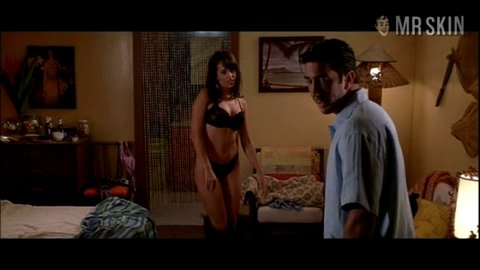 You may not know her name, but guys can’t forget Jacqueline Obradors’s lustful look as she enjoyed a pole dance in Deuce Bigalow: Male Gigolo (1999). She even seemed believable lusting after Rob Schneider. Fewer people saw her as Harrison Ford’s mismatched partner in Six Days Seven Nights (1998), but her bikinis could’ve saved that romantic comedy. Her fans were particularly happy to see her join the cast of NYPD Blue in 2001, where she’s enjoyed some daring love scenes as Detective Rita Ortiz. And she’s managed all this amazing exposure while safely in her thirties--although Jacqueline was certainly gorgeous in plenty of TV appearances earlier in the ’90s.

1 Pic & 1 Clip
Nude, breasts, thong Ep. 11x12 Dark ass in a thong then partial breast and side nudity as she lays in bed with her new man.