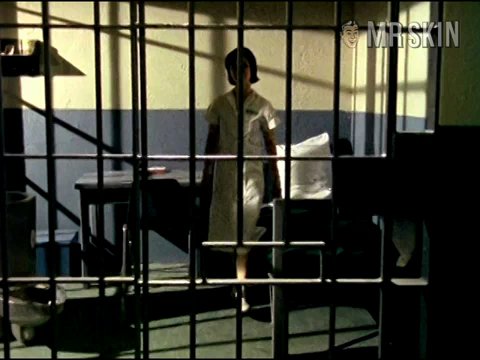 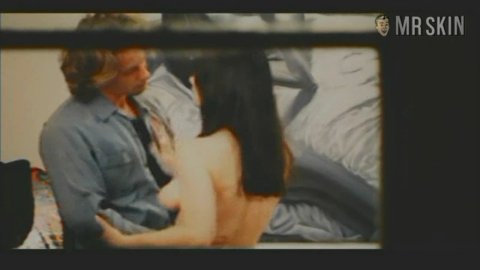 Dream with the Fishes (1997) Nude, breasts Topless in her apartment with a guy as David Arquette spies on them with binoculars during the credits. 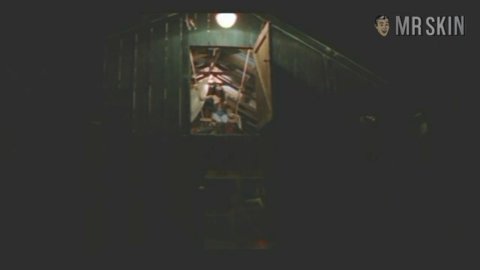 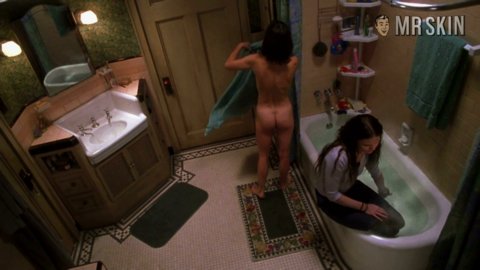 Brunette, with her bangs often hanging down into her eyes, busty broad Kathryn Erbe exudes vulnerable tough-chick appeal that makes her an excellent choice for any role that requires a bad girl to have a heart of stone and the naturally overflowing tits of an old-school stripper. Although Kathryn has played her share of sympathetic roles in mainstream fare such as D2: The Mighty Ducks (1994), she excels as the cohort of hoods and losers. Her cascading avalanches of tit flesh and big, flat-bread nipples are the primary special effect of Dream with the Fishes (1997), a gritty tale of no-future f-ups and the ripe-hipped woman who gives them home-delivery lap dances. Erbe's perfectly cracked ass is a haunting reminder of death and sexual trysts past in Stir of Echoes (1999). Kathryn's tough roles are hard to forget, and why would you want to?

12 Pics & 3 Clips
Nude, breasts Topless in her apartment with a guy as David Arquette spies on them with binoculars during the credits.
Nude, breasts 00:54:00 Bare boobage on a swing in a barn, then more as she's putting her shirt on.

1 Pic & 1 Clip
Nude, bush Ep. 02x04 Saucy Kathy yanks up her dress to show off her nice, fluffy muffy to a bush-starved inmate.