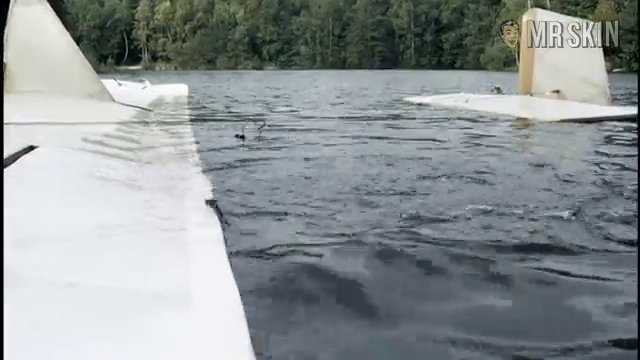 Hindenburg (2011) is a two-part mini-series that stars Maximilian Simonischek as Merten Kröger, one of the engineers that helped to design the titular zeppelin. Following Merten’s relationship with wealthy socialite Jennifer (Lauren Lee Smith), daughter of American oil tycoon Edward van Zandt (Stacy Keach), the more-fiction-than-non-fiction drama attempts to put a conspiracy theory-spin on the 1937 titular disaster. You see,  Edward wants to overturn an American embargo and supply the zeppelin company with helium as a more viable substitute for hydrogen, the dangerously combustible gas they’re currently using. The conspiracy aspect kicks in when we discover that daddy dearest is in cahoots with someone who has managed to smuggle a bomb onto the iconic blimp. When Merten catches wind of the bombing plot, he must sneak aboard the ill-fated vessel to put a stop to the explosive shenanigans. There’s nothing more of a cock block than the flaming death of thirty-six people, but Lauren Lee Smith attempts to get your blimp pumped up by baring her pokies through her water-saturated blouse. Oh, the boob-manity!