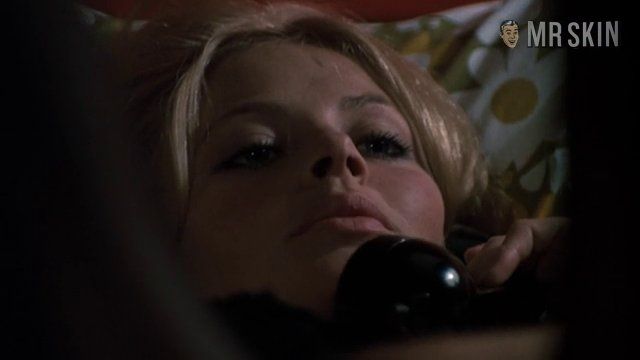 Get Carter (1971)
Nude, breasts 00:39:00 Breasts, feeling herself up while having phone sex with Michael Caine.

Two-bit hoods are better off on their home turf. Michael Caine gives the most cruel and cold performance of his career in Get Carter (1971) as a minor London thug who takes his attitude and tactics to the Manchester provinces in a violent and pointless attempt to unravel and avenge the untimely death of his brother. Lauded as one of the toughest British underworld dramas of its era, Get Carter was adapted from the novel Jack’s Return Home by Ted Lewis. The movie’s influence has been direct, far-reaching, immediate, and lasting. Soon after its release, the picture was fitted into a blaxploitation format as Hit Man (1972), and a second American remake starred Sylvester Stallone in 2000, with a bit appearance by Michael Caine. To describe the original as hard boiled is soft peddling Get Carter.