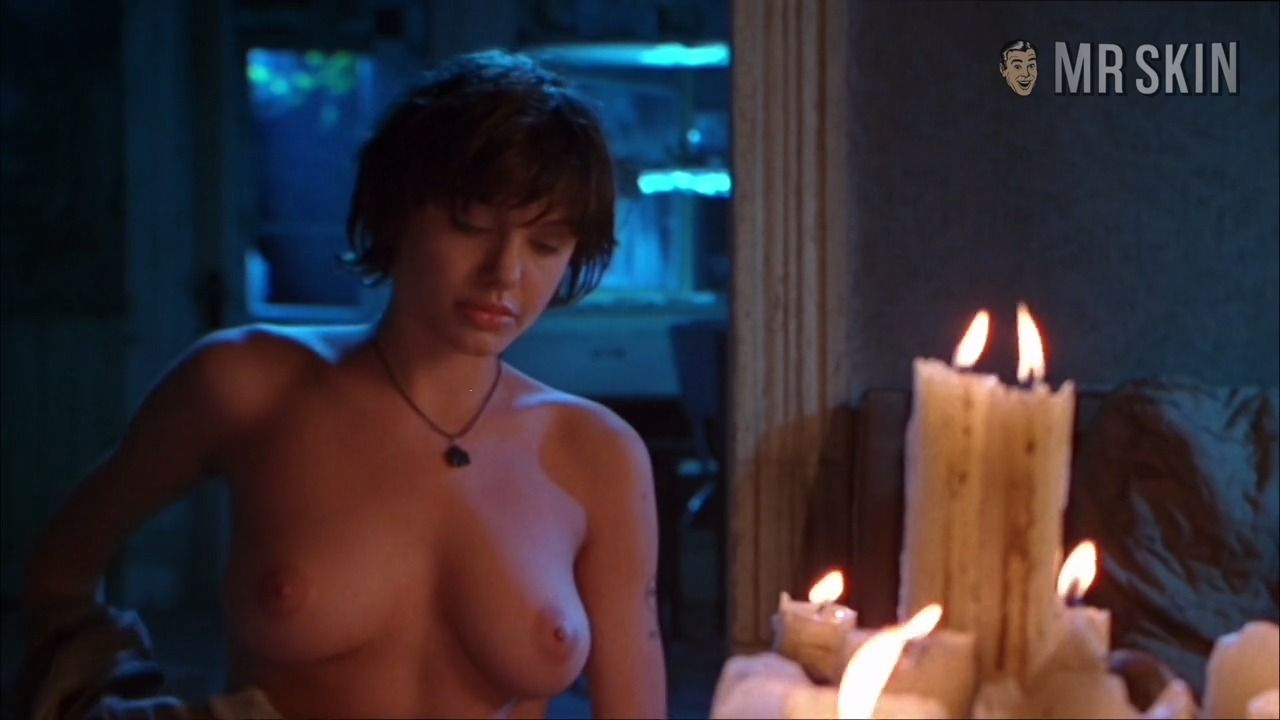 Foxfire (1996) is another low-budget film about wild schoolgirls who form a gang after they beat up a sexist schoolteacher. It’s not a drive-in classic, though. Rather, Foxfire is based on a novel by noted author Joyce Carol Oates. There’s a pretty impressive roster of bad girls, too, with Angelina Jolie making her first big splash as the ringleader. You’ll also wonder why Hedy Burgess isn’t a star once she unveils her titanics during a tattoo scene. Jenny Shimizu’s equally hot as the most Sapphic of the sweethearts. They don’t all get nude, but you’ll notice that the girls care less about rebelling against authority than they do about rebelling against bras.