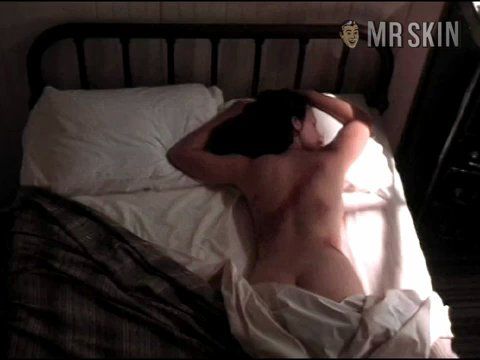 Jaded (1996)
Nude, breasts, butt 00:26:00 Gugino shows some nice butt cleavage as she lays in bed, then a very nice breast shot as she chills out in the shower.

The image of a male imposing his physical will upon a female or upon a weak male brings to mind one specific word. Rarely, if ever, do musings on this topic exclude males and feature females as the perpetrators, but such is the seldom-considered premise of Jaded (1996). A serious and at times grim dramatization of the institutional apathy confronted by a woman who is brutally assaulted by two of her female acquaintances, Jaded raises unsettling questions of gender assumptions. Directed by Caryn Krooth, the film is more indictment than entertainment and will disturb even the most debauched film-goer. Jaded? I masturbated!