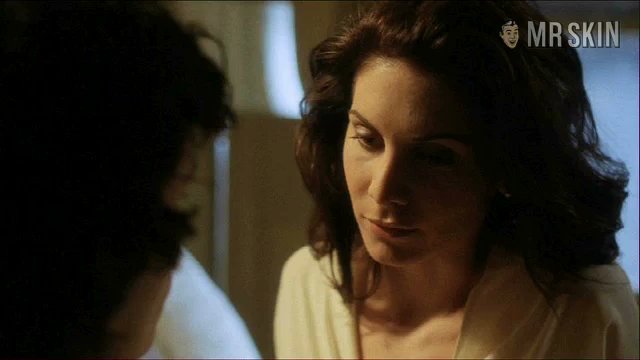 The totally unrelated William Baldwin and Adam Baldwin star as mismatched cop partners Billy Brennan and Vinnie Krailes in the crime thriller Double Bang (2001). Billy is a straight shooter who dives into the underworld of corruption after his crooked partner Vinnie winds up dead. He soon picks up the trail of mob boss Sally "Fish" Pescatore (Jon Seda), striking up an affair with his junky informant’s psychotherapist girlfriend  (Elizabeth Mitchell) in the process. There’s no skin here, but the sight of Elizabeth in a bra will make you want to double bang her.