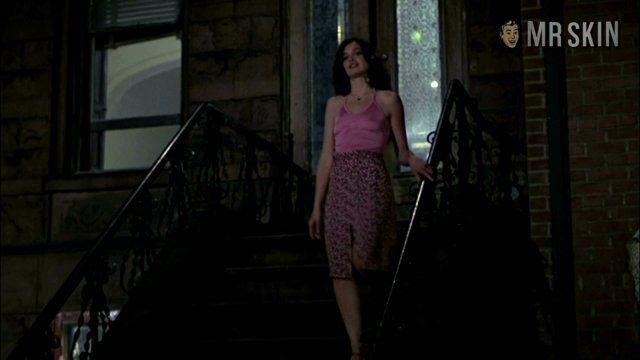 Deborah Van Valkenburg became a familiar TV presence as one of Ted Knight's grown daughters on the hit '80s sitcom Too Close for Comfort. In the '90s, delicious Deborah landed a part as Teri Hatcher's sister in the vastly underrated Andrew "Dice" Clay action/comedy Brainsmasher (1993). Deb's breast role to date, though, remains her teasingly niptastic debut in The Warriors (1979). She spends the entirety of the action-packed cult classic clad in a teeny pink tank top sans boulder-holder, revealing quite a bit of poke-osity. It's all we can give you, so view it through rose-nippled glasses.

Too Close for Comfort - as Jackie Rush