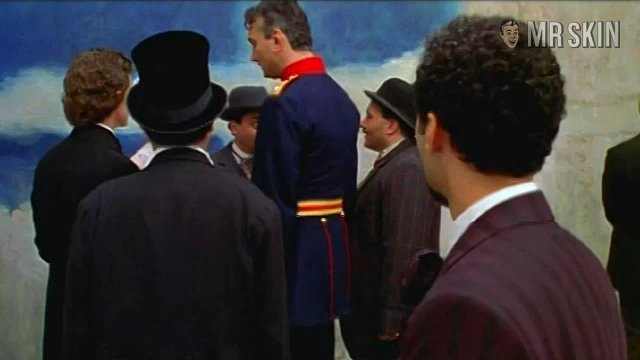 Katherine Borowitz has made a career of playing bit parts, while audiences anxiously wait for when she'll show her luscious bit parts. After her debut in the star-studded The World According to Garp (1982), Katherine's career looked like it was on an upswing. She landed roles in Harry and Son (1984), Seize the Day (1986), and the mini-series Evergreen (1985) before falling back into the supporting-role gig with a bit part in Baby Boom (1987). Then prayers were answered when John Turturro picked Katherine for his farcical Illuminata (1998) and directed her only skin to date—it probably helped that she's married to the guy. It's a brief, open-dress shot of her small wonders, but it's truly illuminating. That's one small breast for Katherine, one giant leap for mankind.