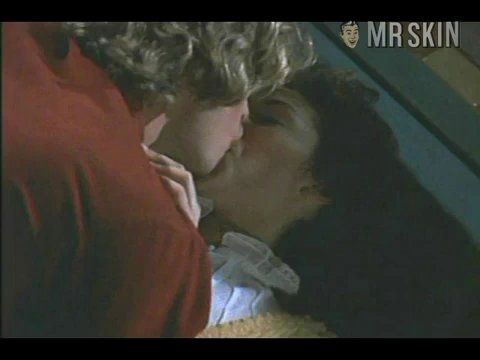 There Was a Crooked Man (1970)
Nude, breasts 00:12:00 Brief breast canoodling on a pool table with some side-shooter.

There was no shortage of contract girls making the rounds of '70s television, but Pamela Hensley stood out amongst the field. She got a lot of hype in 1975 when she was cast to marry James Brolin's character on the hit ABC show Marcus Welby, M.D. She also looked set to break out as James Caan's love interest in Rollerball (1975). Instead the trained actress went on to a long career of shining in bad sitcoms and TV movies--oh, and there are still lots of aging sci-fi fans with very, very fond memories of her as Princess Ardala on the 1979 series Buck Rogers in the 25th Century. But she certainly made a memorable big-screen debut in There Was a Crooked Man (1970), in which Pamela--along with veteran actress Jeanne Cooper--helped break the Hollywood skin barrier by showing her tits in a big-studio Western (starring Henry Fonda, no less). Thank you, Pamela Hensley!

Buck Rogers in the 25th Century - as Princess Ardala