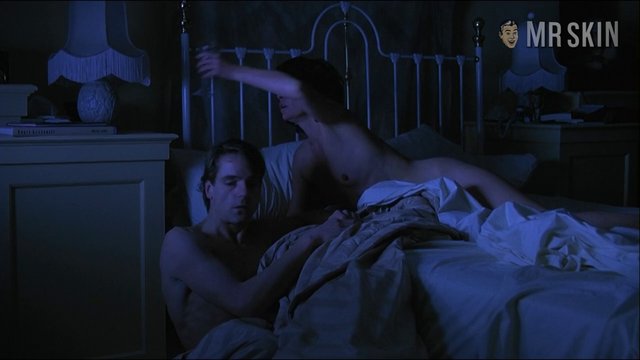 Jeremy Irons stars in Dead Ringers (1988) in the dual role of Drs. Beverly and Elliot Mantle--and they both want to score with Geneviève Bujold. That’s not a problem, either, since the successful gynecologists usually share women. Often, that is, without the women even knowing about it. The only difference is that suave Elliott is likely to end up with sloppy seconds for the first time. This ends up causing some major vertigo in the psychotic twins’ relationship, as delicately detailed in David Cronenberg’s creepy masterpiece. You’ll also enjoy a twin thrill from Bujold’s boobies and a heavenly turn from Heidi von Palleske.