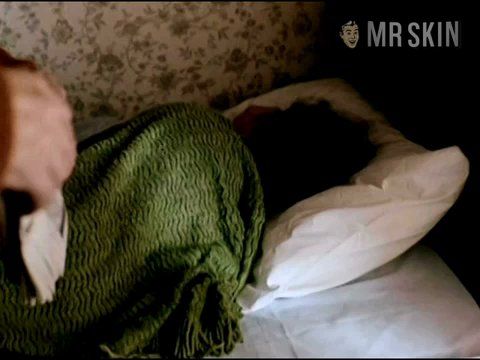 Crush (1992)
Nude, breasts 00:22:00 Glimpse some lefty and a brief bobble of right boober when she turns over in bed. Ain't nothin' Gay about the Harden she gives me!

bedroom in bed skinvision rolls over breasts above sheet

The friendship of two women for each other, the correlation between intelligence and identity, the undeniable imperative of the wayward heart, the inescapable subtlety of well-placed guilt, such are the obvious forces that go into making up the mysteries of life. A fatefully inopportune car crash begins Crush (1992) by leaving a literary critic brain-damaged. The crippled intellectual had been riding toward an interview with an acclaimed novelist. The critic's best girlfriend, who had survived the car crash unscathed, approaches the writer for an appointment. The writer's fifteen-year-old daughter makes an appearance, and the critic's friend's unmoored affections find a being upon whom to fixate. Here is where the unfathomable depths of human emotion begin their ascent to the surface.